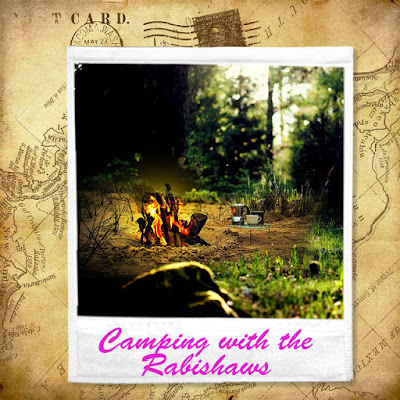 The team used the cover of the setting sun to slowly fade back into the woods.

It was a long and meloncholy walk to get to a safe distance from the encounter.  This, being made all the longer because this time Wendell insisted on better precautions for their camping arrangements.

"If Misty is right and they have choppers, then the last thing we want is for them to spot us from the air!"

It took some extra time to find, but they soon discovered a narrow little valley which provided excellent cover for the light of their campfire.  Within it lie a small open patch with a pair of fallen logs that would make great seats.

The group began building a traditional fire ring, but Misty stopped them.  "You know..." she said hesitantly, "If you really want to go undetected, we should dig a Dakota fire hole."

Most of the group seemed bewildered by the phrase, but Jack nodded.  "I think I remember that.  The Dakota Sioux were masters of woodcraft and stealth.  They used to build a their fire in a deep pit, fed by an outside air tunnel."

He continued, "If I remember right, the ground insulates the fire and the fresh air feeds it so it burns hotter, causing almost no visible smoke to rise."

Wendell fell to his knees and began clawing at the ground.  "Neat idea!  Irm?  You want to help me out?"

She smiled but gave an apprehensive glance at Lola, who answered for her, saying, "No thank you.  We'll go gather some firewood.  That'll be hard enough on the manicure."

The two faded back into the forest as Misty dropped down next to Wendell and started digging.  " 'That'll be hard enough on the manicure.' "  she mocked in a high-pitched, nasally voice.  "Sheesh.  Sometimes I don't quite know about those two."

The girls wandered deep into the forest gathering logs.

When they were far enough from the campsite, Irmingard piped up.  "Okay, sis, what's the deal?"

"I'm worried.  We've played this cat-and-mouse game long enough.  Time that kitty be fed and be done with it."

"Nah.  You worry too much.  You saw what happened out there today.  These kids got nothing on Seebeck.  Why, they don't even know that Howell's alive, let alone that he's a Grand Master in the Cult of En."

"You think they suspect us?"

She gave the same winsome smile that, had the boys as putty in their hands.  "Not a chance, girl.  Not a chance."


By the time they returned to camp, the fire was already lit.  Meanwhile, night had descended in earnest and the beaten warriors were all too happy to have a respite from the day's efforts.

"Well, that was a complete waste of time."  Misty pointed out.

"Yes.  Completely, complete."  Agreed Wendell.  He tried to laugh, but winced.  A bullet had hit his shoulder with a glancing blow.  Though the bleeding was nothing worth worrying about, the wound was still starting to bother him.

How do people in the movies do it?  he asked himself,  Stallone or somebody could be shot a dozen times and keep fighting.  Me?  I'm all done.

Irmingard eased his pride a little when she pointed out, "Well, we did go up against an invincible killing machine with nothing but hand weapons."

"And no plan."  added Jack bitterly.  The group was looking to him for leadership, but, "It was all my fault.  Sorry I let you down."

Lola placed a hand on his back, but he pushed it away.

She persisted.  "Nobody is blaming you!"

"Yeah.  Nobody's blaming."  said Wendell, slowly standing.  He nodded for the woods and excused himself, muttering something about a dry tree.

"I was trained for this sort of thing.  I should have known better." Jack replied to the group, "So yeah, I think I am the one to blame."

"Well, you're wrong then."  She gave him a playful shove.  Perhaps a little too playful.  He went over backwards off the log he was sitting on and smashed against the ground.  Golden stars sparkled in his vision.

The fall did not improve his melancholy mood.  "Figures."  he said, looking up at the first stars appearing through the treetops.

She smiled and patted him on the shin.  (The only part of him still within reach.)

Then she noticed her sister stood with folded arms on the far side of the circle, lost deep in thought.  It could only mean one thing.  Her smile faded.

"What is it Irm'?" she barely dared ask.

"The plan failed.  Our enemies are still on the loose.  It's time to return back to Seebeck tower."  She stared across the circle at her sister, flickering fire illuminated her face from below, giving it an evil visage.

"No!" Lola mouthed silently, but the other girl's gaze was hot as the flames themselves.

She was right.  It was time.  Lola grew even sadder.

"Okay, so... why would we want to go back there?"  asked a confused Misty.

Lola did a double take at the new question.  "Oh, to use the phone and notify the authorities."  She came up with the lie and gave it without missing a beat.  She was proud of that.

They heard the snap of a twig off to the left.

"Uh oh." said Lola.  "There goes that plan."  Her meaning, totally different to the various listeners.

Jack pulled her and Misty to the ground next to him.  "Quiet!  We're surrounded!" he whispered emphatically.

They all looked around.  The echoes of the rocky valley made it difficult to determine from which direction the sounds were coming from.

Suddenly, a thud and a crash were heard in the undergrowth.  Then a deafening volley of gunfire shattered the still night.

Jack and the girls peeped cautiously up over the log to see what had happened.  Across the way, Lola did the same.

A chilling thought struck Misty.  It flew out of her mouth at once.  "Wait a minute!  Where's Wendell!??"

"Over here."  said a grunting voice.

The team all ran to his side.

"Well, I was out takin' a..."  He caught sight of the attractive young ladies and tweaked his story,  "I was out patrolling our perimeter, when I spotted a couple of Seebeck's goons sneaking up on us."

Irmingard smiled, compelling him to continue.  "Clubbed this guy, and let me tell you how bad that hurts when you're wounded."

He was finally getting some sympathy now and he liked it.  "Plus, let me tell you, firing one of these things,"  he tossed the gun in the dirt at his friends' feet, "with a bum shoulder is no picnic either."

Despite all the pain he claimed, Wendell did not immediately sit down, but started to rifle through the man's clothing.

The latter rushed to his side and started fawning over him,  "You must be exhausted.  Come sit down by me and let my sister do that."

Wendell allowed himself to be led away, but also said, "Don't worry.  I already found what we needed."  He held up a satellite phone.

"Hey!  Way to go, Wendell!"  declared Misty cheerily.  "Now we won't have to go back to Seebeck tower after all!"

Lola's shoulders slumped.  So much for that plan.

There was nothing for it, though.  They'd go after the Juggernaught again.  She knew that much.  And if they started making headway against Seebeck's plans, well...

Either way, the real battle was about to begin!