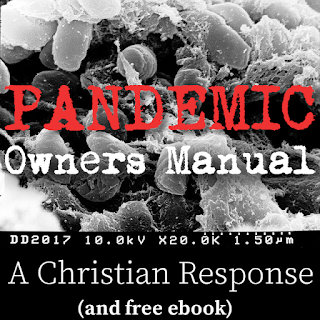 SARS, Bird Flu, West Nile Virus... It seems like every few years there is some new dread disease that is going to kill us all. Yet as of the time of this article none has had the same level of cultural impact as the latest plague du jour, coronavirus. (One might even say it has gone... viral. 😜)

My point is (and the reason I felt the need for a blog article is), for all the noise and all the hullabaloo, what I'm not hearing is the church's response to all this.  Does the Bible say anything about such events, or more to the point, how we're supposed to handle it?

I'm going to answer that by taking a little detour through the world of historical fiction.


If I could get everyone to read any other book as a "be like this" instruction manual, it would have to be the historical novel When London Burned by G.A. Henty.  And the good news is it's out of copyright too so you can, and should, download it for free  (👈 aka, free ebook/manual as promised)


"But wait, isn't that about some kind of fire?" I hear you ask.  And it is.  But this is just one of a series of large-scale events that happened one, right after another during the reign of Charles II of England.  Not the least of which was the "Great Plague" which made coronavirus look like a fluffy bunny. 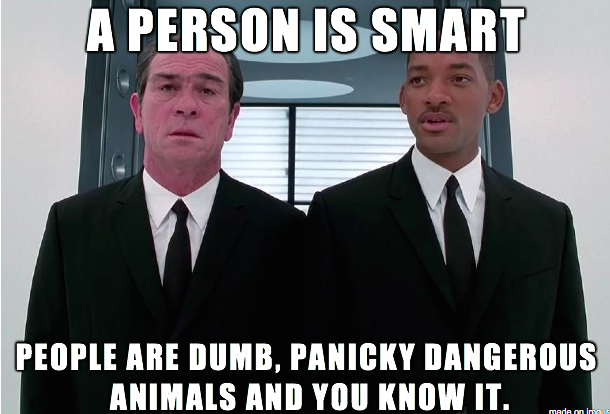 Like we're seeing now, the prevailing response in those days was to panic, but unlike nowadays the herd chose not to stockpile toilet paper, but to do the marginally more logical thing, and flee the city in droves.


Unfortunately, this often included doctors, nurses, and clergy, which left the city not only with an overwhelming need, but a shortage of personnel to make it all worse.


The hero of the story took a different view of things and although untrained, he decides to risk his life to stay behind and help the infected people of London. This all comes after hearing the words of one of the few ministers who stayed behind. Well worth a read:


"You are all soldiers of Christ," [the minister] said, "and now is an opportunity given to you to show that you are worthy soldiers. When the troops of a worldly monarch go into battle they do so with head erect, with proud and resolute bearing, with flashing eye, and with high courage, determined to bear aloft his banner and to crown it with victory, even though it cost them their lives.

Such is the mien that soldiers of Christ should bear in the mortal strife now raging round us. Let them show the same fearlessness of death, the same high courage, the same unlimited confidence in their Leader.

What matter if they die in His service?
He has told them what their work should be. He has bidden them visit the sick and comfort the sorrowing.

What if there be danger in the work?
Did He shrink from the Cross which was to end His work of love, and is it for His followers to do so? 'Though you go down into the pit,' He has said, 'I am there also'; and with His companionship one must be craven indeed to tremble.

This is a noble opportunity for holding high the banner of Christ. There is work to be done for all, and as the work is done, men should see by the calm courage, the cheerfulness, and the patience of those that do it, that they know that they are doing His work, and that they are content to leave the issue, whatever it be, in His hands."

(Spoiler: The minister dies of the plague, BTW! 😲)

I think we could all use a dose of this kind of fearlessness today. After all, Jesus Himself said, "And which of you by being anxious can add a single hour to his span of life?"

Even though the threat of the disease isn't even in the same league as the plagues of old, it is still causing a tidal wave of need.  For example, in our area they have officially closed public schools for the next two weeks. Consider the terrible ripple-effect of that little whammy.

Consider first the poorer members of the community whose kids *used to* get free school lunch.  What are they going to eat now?

Consider working moms -- especially single moms.  What are they going to do with their kids?  Will they have to quit their job to watch them?  That would make their poverty WORSE!

And what about the nurses who have to deal with this, ON TOP OF their now overwhelming number of patients, AND the ever-present knowledge that they are more likely than most to be exposed to the disease.

Consider small businesses and those operating on thin margins already.  What happens to them when people stop going out to eat, or going to the movies, or whatever their shop is about.

I'm sure there are many more hardships that I'm not even seeing.  But for every one of these, there is an opportunity -- more than that, a moral imperative -- upon all Christians to help out!

And really, that's what separates "the men from the boys" (as it were).  You see, anyone can claim to be a Christian when the sun is shining and it's all Easter bonnets and Sunday School picnics.  But what really puts proof to it is... what you do when it might just cost you something!

Or, in other words, the summary of the summary:
Live Your Adventure!
-E.L. Fletcher