Books, marketing, and a Bible lesson (that should scare you a little) 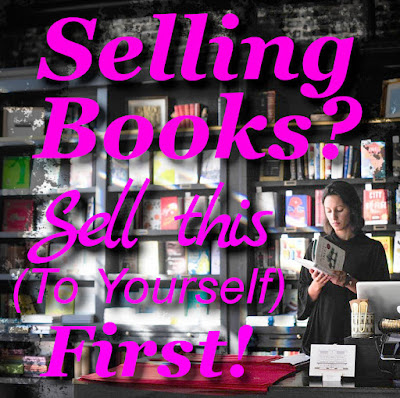 Books, marketing, and a Bible lesson (that should scare you a little)


If you're like me, it means you love to create; build things; innovate; put the pieces together and come up with something great.  I mean, that's what drives us, right?

The trouble is at some point or another, we have to make money to, you know, eat.  That means selling/marketing our work.  It means *distant shriek* actually talking to people.

If we've gone the traditional publisher route, we can (but probably shouldn't) assume that they'll take care of some of that.  And, of course, if we self-publish we're all on our own.

Either way, our marketing approach usually remains the same:  Ignore it and hope it goes away.  After all, our book is so awesome people will find it and buy it.  Riiight... 🤔

I hate to say it,  but... (No, seriously.  I really don't want to say it!) ... that's not only a terrible plan, but explicitly condemned by Scripture as well!

Matthew 25:14-30, otherwise entitled the "Parable of the Talents".  It's fairly popular, but to recap, Jesus told the story of a businessman goes on vacation, leaves some cash ("talents" were silver coins) with his servants for safekeeping.  First two did a good job investing, doubled his money, and were generously rewarded.  Third guy not only didn't invest, but didn't even put it in the bank.

He literally buried his talents in a hole.  Yeah!  Here he had talents and instead of putting them out there for the world to see he buried them away.  Haha! What a doofus!  He completely... um... [uncomfortable pause] ... oh wait. I see what you did there, Jesus. 😳

There were two consequences for this.  First, his talents were taken away and given to the wealthiest of the wise servants.  Ever heard the cliche "the rich get richer"?  Well, what if that observation isn't about fairness (as we make it out to be) but more a matter of poor stewardship and its consequences?  Something to think on.

Oh, but don't leave offended yet.  It gets worse!

The last line is, "cast the worthless servant into the outer darkness. In that place there will be weeping and gnashing of teeth"  That's a common Biblical euphemism for Hell!  Okay, I never quite let that sink in before.  This whole analogy about not living up to ones' potential... okay, fine, I track with that.  But, Hell!?? Woa!  😱

Hard to say exactly why the offense called for such a severe punishment.  But it certainly does make one sit up and take notice!

The best conclusion I came up with is that if we bury our talents, either through active hiding or the laissez-faire policy of ignoring marketing, we're essentailly stealing.  We're stealing from the world something that others could enjoy and be edified by.

I don't know about you, but I don't believe in randomness or chance, but in a world that's logical and under control.  I have to believe, then, that we were put here with a specific job to do and a purpose in mind (Esther 4:14).

But what happens when we neglect that job?  Good question.  I know it doesn't confound God's plan, but... at what cost to those around us?   And if the dire consequences of the parable are any indication, then the cost to us must be quite high indeed!

Now how am I going to end this topic on a more positive note ...?

I know! For those looking for a little more carrot an a little less stick, take a moment and listen through Matthew West's song "You've Got Something to Say"

Okay, now get out there, get your marketing game on, and most of all...