People Pleasing vs I Don't Care What You Think 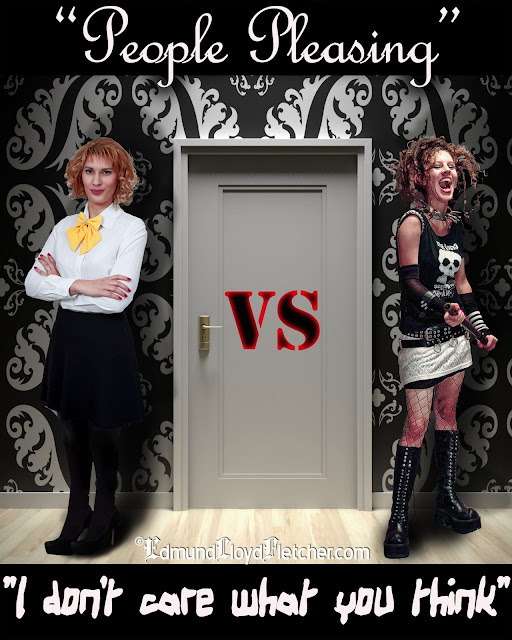 People pleasing is a very common condition.  If you think about it, it's the very heart of common social plagues like "peer pressure" and "keeping up with the Joneses".  But what is it and how can we avoid it without causing ourselves more harm than good?

Of course everybody's not like this, and maybe you might be more of a natural rebel.  If so, skip down to the next section and I have a message for you as well.

Me?  I'm a natural "people pleaser".  If my neighbors all got together and decided we should all paint our mailboxes blue, I'd probably go along with it.  Not because I wanted to in particular, but just to avoid making waves.

That kind of attitude might work out ok for trivial things, but sooner or later everybody reaches their limit.  At some point "everybody" is going someplace that you know you don't want to be.

Personally, who I really want to focus on here is my parents.  They love me, of course, but because of it they always seemed to have an endless supply of ideas on how I should run my life.  Maybe you have somebody like that too.

Early on, just after getting married, I was all about living up to (what I thought were) their expectations.  I bought a nice house in a neighborhood that they would approve of, bought an RV that brought me all kinds of misery, and on and on.  It was all very exhausting and expensive, and when it came down to it, wasn't really what I personally wanted at all.

All that changed when our son reached school age and we decided to homeschool.  I was not homeschooled, and my parents, of course, only ever heard the "anti" side of the argument.  However, having met homeschooled kids in college (one was only 16!)  I was impressed enough to think this decision might have some merit.

But this presented a problem.  All of a sudden I was making a decision that my parents did not approve of.  That led to a big point of tension in our relationship.  (And I'm sure it didn't help that I had just spent the previous several years conditioning them to expect me to follow every opinion they had.)


The pendulum very quickly swung to the opposite extreme.  I went from being a "people-pleaser" to adopting the very common stance that, "I don't care what you think".  (In all my life, not just this one relationship.)

It sounds healthier, doesn't it?  And in a way, it is.  Everyone is responsible for their own decisions, and no one should let others dictate those decisions.  Taking charge of one's own life is a very good thing.

Yet the problem I found is that you can go crazy with it and go totally off into left field like the punk girl in the image above.  Or just like a rebel who gets tattoos all over his face and a bone through his nose and then wonders why he can't get a job, maybe he should have weighed some outside advice before committing to that choice.


“Without counsel plans fail, but with many advisers they succeed.”  (Proverbs 15:22)


Now it sounds like that pendulum is swinging back the other direction again, but let's stop it before it goes too far and reflect.  Let's examine this thing and think about how it takes both (seemingly opposite) messages working together to create a healthy view of life.

I no longer say "I don't care what you think", especially concerning my parents, friends, and loved ones who genuinely have my best interest in mind.  Neither is my personal sense of well-being dependent upon their approval.

I will gladly listen to their advice, and even respect them by giving it some genuine thought.  At times I will take their advice.  Other times I will reject it.  Even at times it will kick off a train of thought that results in something else completely different than what either of us knew about beforehand.

So my point in all this is to say, yes, we are each responsible for our own decisions, and we should never allow others to make those decisions for us.  Yet we shouldn't, as they say, "throw the baby out with the bath water".  Though we're certainly under no obligation to follow it, we should appreciate and learn from the advice of others.  Worst case, even if their opinion is completely goofy, we can at least take comfort in the fact that they care enough to speak into our lives.  And that's still something.


Before I go, here's a word of advice for us as the advice-giver.

First off, we should be an advice-giver, especially as a Christian who has the good advice of the Bible to dole out.  We should be making a positive difference in the world, starting with our sphere of immediate influence.  In fact, if you think about it, withholding such valuable information is incredibly cruel in the scheme of things.

Next off, we need to give this advice in love.  It should never come from a sense of Bible-thumping self-righteousness but a genuine concern for the welfare of the recipient.  Otherwise, please stop talking!  The world doesn't want, need, or listen to, angry and belligerent Christians.  (Nor should we expect it to!)

Finally off, we must understand and respect that the recipient is ultimately responsible for their own decision.  I can't force them to accept my advice and it's rude to try to.

This gets increasingly difficult the more we love the person and the worse the consequences looming in their future.  Nonetheless, as painful as it is to watch, the rules of the game are the same as before -- each person is responsible for their own decisions.  Trying to force it not only won't help, but will likely damage the relationship in the process.

Better to keep the lines of communication open so that when it all blows up we can at least be there to help them pick up the pieces.


Well, I hope my advice advice has advised you about advice,  (...or however that goes.)
-E.L. Fletcher 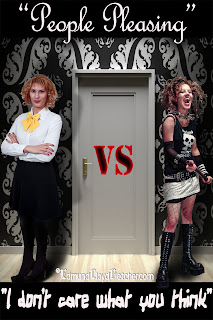