Prayer is the ultimate act of REBELLION! 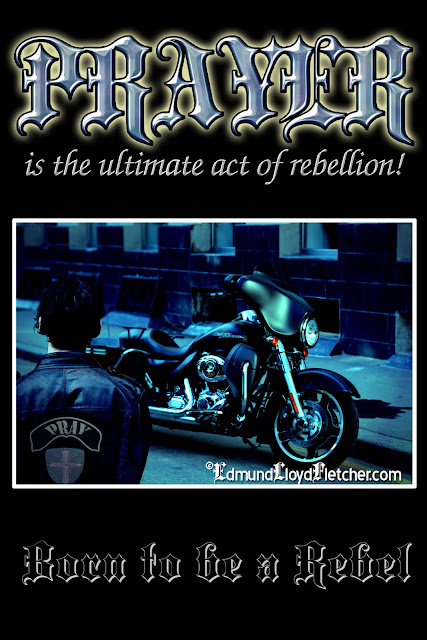 
" 'Prayer is the ultimate act of rebellion'?  Really?"  That's what you are thinking, isn't it?  I know it is, not because of my amazing Professor Xavier mind-reading skills, but because that's exactly what I was thinking when I heard it.

Back up a little, the article I ran across was "Prayer: Rebelling Against the Status Quo" by Professor David Wells.  (Christianity Today, Vol 17, issue 6, Nov 2, 1979)

Rebels, man, REBELS!  Interesting tidbit, some of most famous TV rebels of all time, the Dukes of Hazzard, would premiere only two months later.

Dem Duke boys: that I have no problem seeing as rebels (after all, they were "in trouble with the law since the day they were born"), but... praying?  Okay Dr Wells, you're going to have to help us out with that one.


"What then is the nature of petetionary prayer?  In essence, it is rebellion -- rebellion against the status quo, the state of the world, and in its sin and fallenness.  It is the absolute and undying refusal to accept as normal what is completely abnormal.  It is the rejection of every agenda, every scheme, every opinion, that clashes with the norms that God originally established."

Back in the 1980's the band Petra sang "Get on your knees, and fight like a man!".  The more I think about Dr Wells' words, the more this strange, quixotic saying holds true.

He goes on to point out that this is not the case of all religions.  Far from it.  Most worldviews accept things the way that they are, rather than even suggesting that they could be any different (let alone crying for them to be changed).

Consider the Chinese yin-yang philosophy.  Like the swirling symbol suggests, light and dark / good and evil are forever part of the picture -- forever in balance.  Only Christianity has the audacity to say that even death and Hell itself will one day be destroyed! (Revelation 20:14)  There is nothing natural about evil.  Evil is an enemy that can be, has been (in part), and will one day be (fully) conquered.

So knowing all this, what then has changed?  What practical difference does it make? 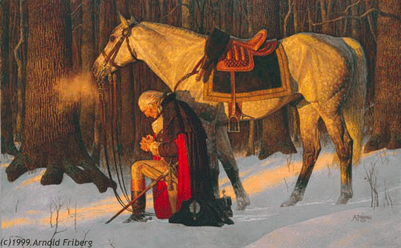 A lot, I think!  Before we had an image of prayer as some cutesie Precious Moments figurine with folded hands.  Even the famous Arnold Friberg painting of George Washington kneeling at Valley Forge has an ethereal sereneness to it.

But now we have a different (and I daresay, more accurate) picture.  Now Washington isn't enjoying the peace and stillness of a crisp January morn, but is instead fighting furiously on the field of battle!

When we pray we aren't peacefully succumbing to what the world has to offer, but actively defying it!  We're declaring "This thing is NOT right and we actively oppose it."  More than that, "Using our new authority as sons and daughters of the King, we are calling out all the forces of Heaven to fight against it as well."

That's important, so I'll go ahead and unpack it one more level.  Prayer immediately taps us into exponentially more power than we could ever have on our own.  James 5:13-18 makes some pretty intense statements about that, but none so bold as Jesus himself, when He said, "truly, I say to you, if you have faith like a grain of mustard seed, you will say to this mountain, ‘Move from here to there,’ and it will move, and nothing will be impossible for you."  (Matthew 17:20)  Full disclosure: I'm not there yet.  Not even close!  (But we'll work on it, yeah?)

So how else can I end a post like this, but to admonish us all to take a bold stand against the pain and injustice of this world by laying it before the court of Heaven.  No more pushing prayer off into a corner as a last resort, or relegating it to the "if I think about it" portion of our day.  It has to be a top priority.

Let's fight back against the darkness.

Grab you're switchblade, Jimmy, and crank up the Harley, cuz the Devil's gang is in town and we're ready to rumble! 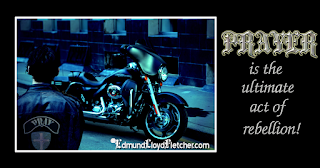 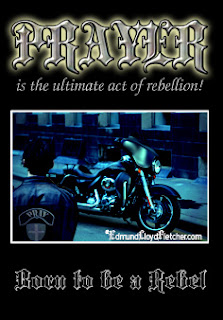